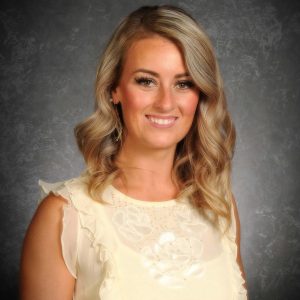 Sydney Lynch grew up in Kingwood, Texas and started her volleyball career in the 5th grade at the local YMCA. She played volleyball at Kingwood High School as a  Defensive Specialist/Libero. Her junior year the Mustangs advanced to the Texas 5A State Volleyball Tournament and finished 3rd. While at KHS she also participated in basketball and track and field specializing in pole vault.

Coach Lynch entered education in 2011 at Tomball Memorial High School teaching science and coaching volleyball, basketball and track. In the classroom she has taught Integrated Physics and Chemistry (IPC), Biology, Honors Biology, Chemistry, and currently teaches Honors Chemistry and serves as the Science Department Chair for TMHS. Coach Lynch has spent the last 9 years as the girl’s head track and field coach and assistant volleyball coach. She is excited to make the transition as the new head volleyball coach in 2020, and hopes to continue to build the program as one of the strongest in the area.

Coach Lynch also coaches for Renegades Volleyball Club in Tomball, and enjoys personal training out of their family’s gym. She is loved and supported at home and in the stands by her husband of 4 years, Todd Lynch.

No Events This Week

Events are added by athletic staff.
View All Events